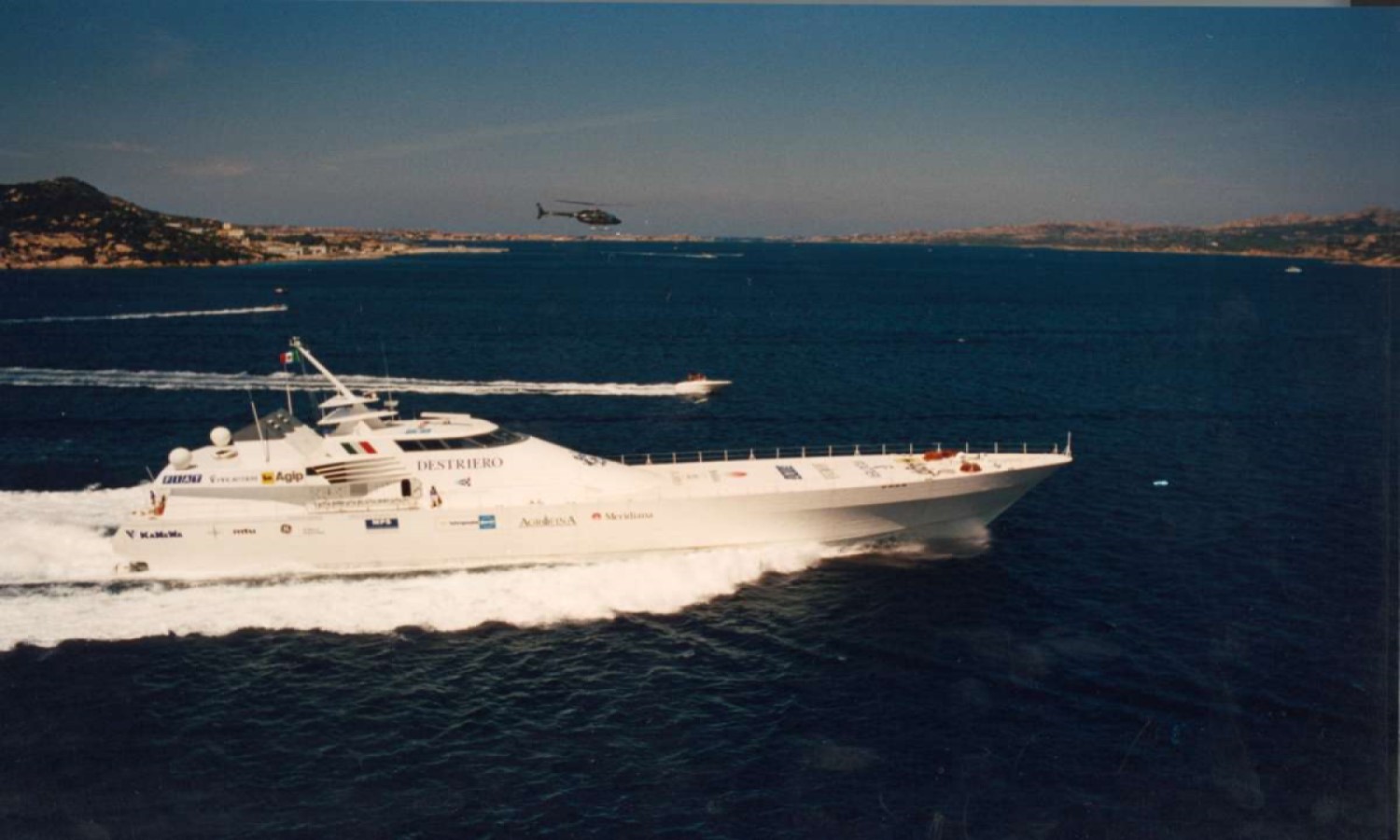 In 1992, Destriero, following the Blue Riband track set in the early 20th century, left Ambrose Light off New York on 6th August and covered the 3,000 oceanic miles to the Bishop Rock lighthouse in England’s Scilly Isles in 58 hours, 34 minutes and 50 seconds at an average speed of 53.09 knots (98.323 km/h). The record previously held by the British Hoverspeed catamaran was 3 days, 7 hours and 54 minutes at an average speed of 36.6 knots.