A LEGACY OF HIGH-PERFORMANCE DESIGNS

Our founders, William Francis Gibbs and Donald L. Blount, have left a legacy of high-performance designs introduced to the maritime world that were ahead of their time. Since the 1930s, our designs and innovations have spread throughout the industry and the world. There isn’t a marina in the world without a vessel that has benefitted from our contributions to the advancement of marine technology. 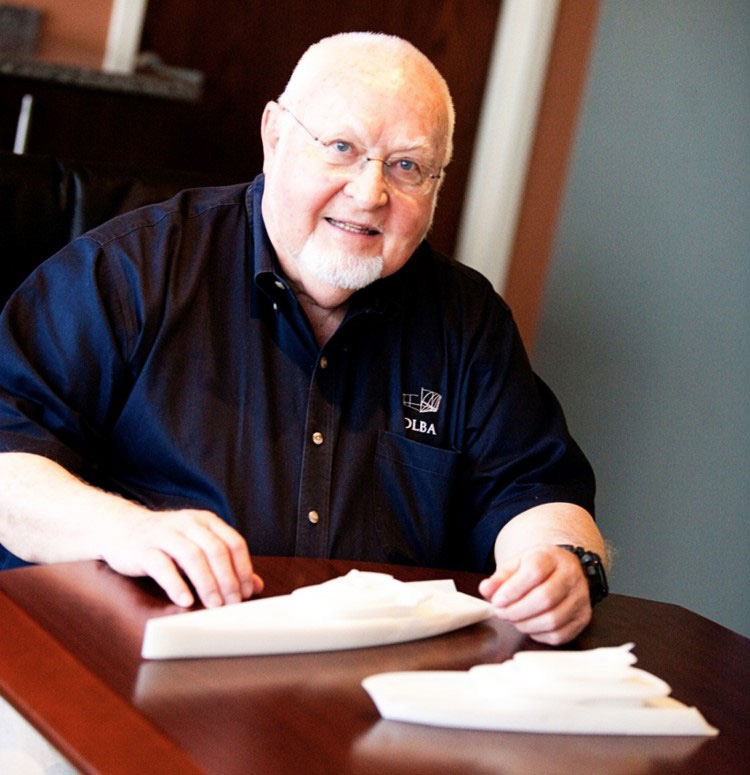 Donald L. Blount, the founder of Donald L. Blount and Associates, has been recognized around the world for more than 50 years for his contributions to various types of high‐speed marine vehicles.

Mr. Blount was born in Roanoke, Virginia. He had an early interest in designing steam locomotives, which may have been because Norfolk and Western steam locomotives were built in Roanoke. Perhaps his interest in steam locomotives is what led him to Virginia Tech to study mechanical engineering in 1954. However, while Donald was at college, Norfolk & Western was actually converting to diesel locomotives, and so advances in technology forced him to change directions. During this time at Virginia Tech, he was provided an internship opportunity at David Taylor Model Basin (DTMB). He ultimately decided to leave Virginia Tech and work at DTMB full time as a non‐degreed technician in 1956. In 1959 he successfully tested into a naval architecture position, and ultimately he concluded his degree in Mechanical Engineering at George Washington University in 1963.

During his first 15 years working for the U.S. Navy, he conducted individual research and directed engineering programs relating to emerging technologies in the field of hydrodynamics for high speed craft at the David Taylor Model Basin.

Mr. Blount then joined the Navy’s Combatant Craft Department, which is responsible for designing and testing military boats and craft. He served as the division’s Department Head for his last nine years of service.

Mr. Blount founded Donald L. Blount and Associates, Inc. in 1988 to provide naval architecture and marine engineering consulting services for high-speed special-purpose commercial, military, and recreational craft. His goal was to draw on his 35 years of service as a civilian employee of the U.S. Navy to further marine technology for domestic and international clients. 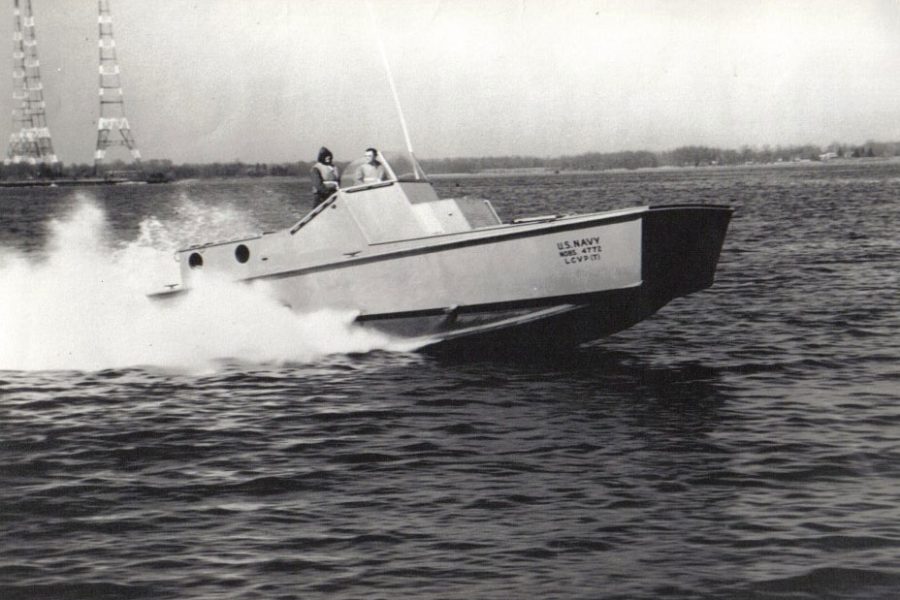 STAYING ON THE EDGE OF ADVANCING TECHNOLOGY

Since our founding, we have offered a professional service of creating and developing concepts that optimize the function, value and appearance of vessels or components for the mutual benefit of both the user and manufacturer. We focus on providing value by reducing technical risk.

Donald L. Blount and Associates, Inc. started out as a small group of engineers specializing in the technical development of high-performance marine craft. The firm offered consulting services for the design, evaluation, testing, and construction management of motor yachts, custom sportfishing boats, and workboats. For 30 years, DLBA has recognized the need to stay on the edge of advancing technology. Change is inevitable, and being able to embrace, adapt, and implement that change for the betterment of the marine industry is one of the core values of DLBA. Donald’s commitment to the industry has allowed our team to contribute to efforts in setting world records, work with some of the marine industry’s most influential people, and be involved with developing some of iconic vessels.

As technology and style evolve, the design and construction of high-performance vessels requires specialization in an increasing number of disciplines. In addition to keeping abreast with and engineering the latest technological advancements, DLBA values working with firms with the same technological aspirations as ours. As a result, we have built worldwide relationships with some of the most prestigious and successful research facilities, technical consultants, builders, designers, and stylists in the superyacht industry.

In 2015 Donald L. Blount and Associates, Inc. was purchased by Gibbs & Cox, Inc. We have been preserved as an operating division and still possess the same qualities and attributes our customers have come to expect from us over the years. The services we provide today have improved because our staff of marine professionals has grown significantly and we can answer a wider range of questions in a shorter period of time.

Our Mission: To develop safe, comfortable, and efficient marine vessels through the application of science and technology.

Our Vision: To be pioneers in Naval Architecture and Marine Engineering by advancing the state-of-the-art and designing the vessels of tomorrow.

Gibbs & Cox, Inc. was founded in 1929, in New York, NY, when Daniel H. Cox, a noted yacht designer of the era, joined the naval architecture firm Gibbs Brothers, Inc. Since then, Gibbs & Cox has provided engineering and design services to the U.S. and international navies, government agencies, shipyards, and commercial clients. Over our nearly 90-year history, more than 6,000 naval and commercial vessels have been built to Gibbs & Cox designs. Perhaps the most iconic commercial vessel designed by Gibbs & Cox is the S.S. UNITED STATES.  She was built in 1950 and was the pride and joy of Mr. William F. Gibbs.  The ship is the largest ocean liner constructed entirely in the United States and remains the fastest ocean liner to cross the Atlantic in both directions, holding the Blue Riband for the highest average round trip speed of about 35 knots.

Seven decades later, her installed propulsion power exceeds that in most of today’s warships, and she still holds the Blue Riband. Recalling the lessons of World War II, William Francis Gibbs insisted on the use of fireproof material throughout the ship, accepting only the pianos and butcher’s blocks be made of wood. 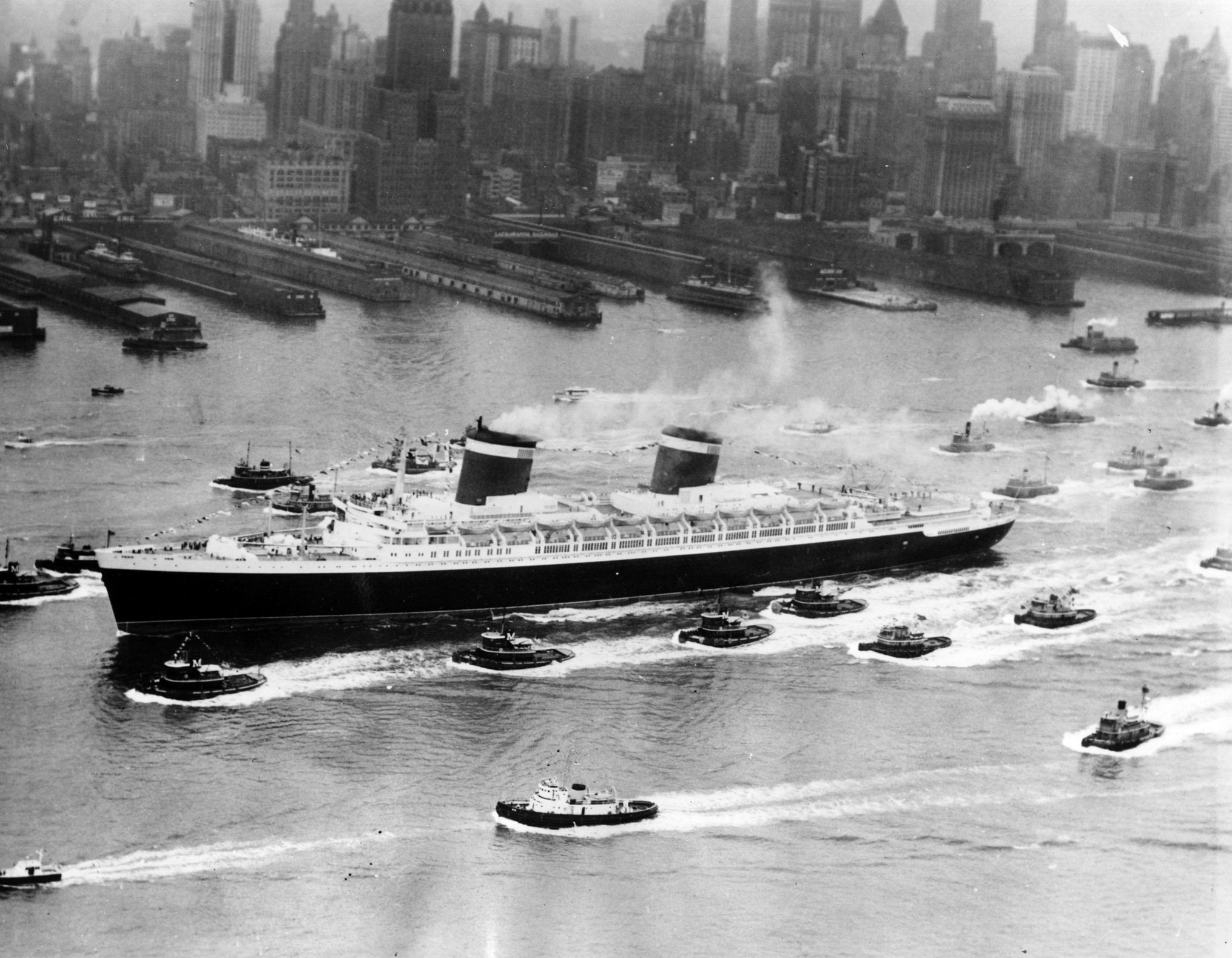 A COUPLE OF PIONEERING DESIGNS 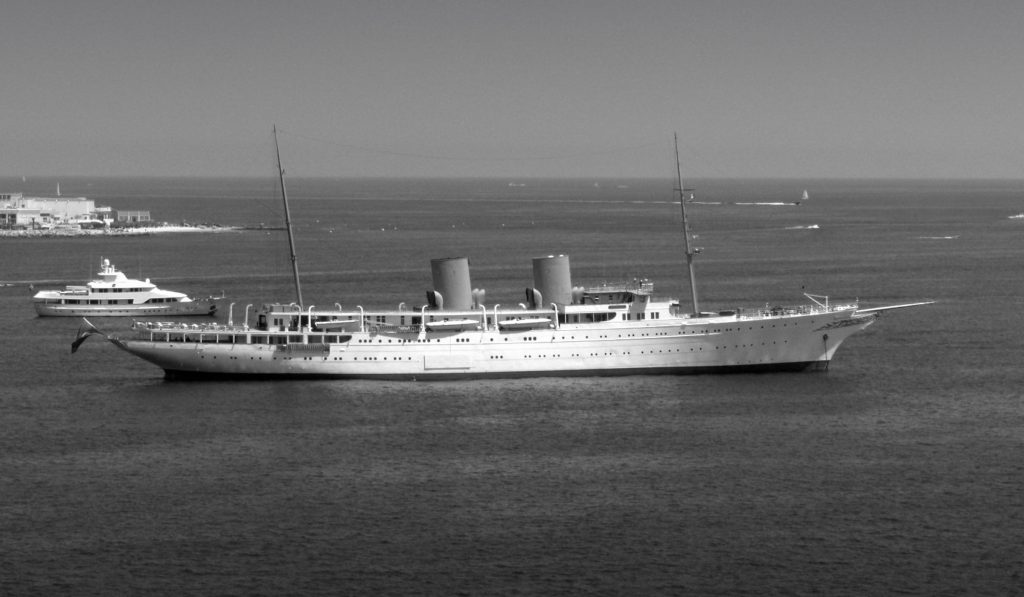 M/Y Savarona is a luxury state yacht. She was the largest in the world when launched in 1931, with a length of 136m (446 ft). Named for an African swan living in the Indian Ocean, the ship was designed by Gibbs & Cox in 1931 for American heiress Emily Roebling Cadwallader, the granddaughter of John A. Roebling, who was the engineer of the Brooklyn Bridge in New York. The ship was built by Blohm & Voss in Hamburg, Germany. Equipped with Sperry gyro- stabilizers, she was described in 1949 by Jane’s Fighting Ships as “probably the most sumptuously fitted yacht afloat.” 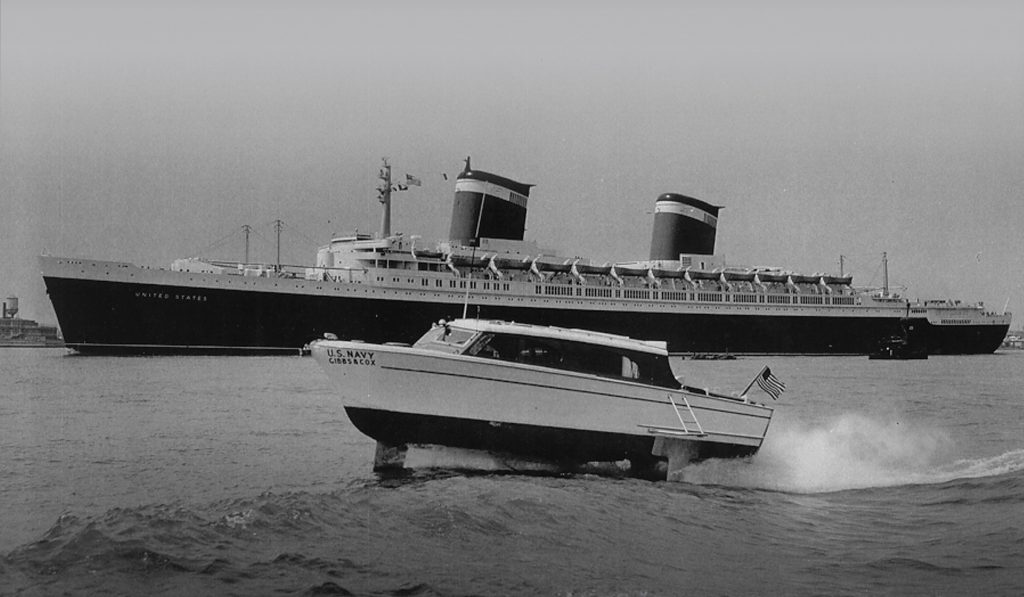 Sea Legs was built in 1955 as the first vessel to successfully use actively controllable submerged-foil hydrofoils. Pitch, roll and attitude of the boat in flight were controlled electronically by an autopilot stabilizing system, which improved ride quality and safety over hydrofoils with fixed foils. Sea Legs was capable of 30 knots when foil-borne, with a fuel consumption of half a gallon per mile. 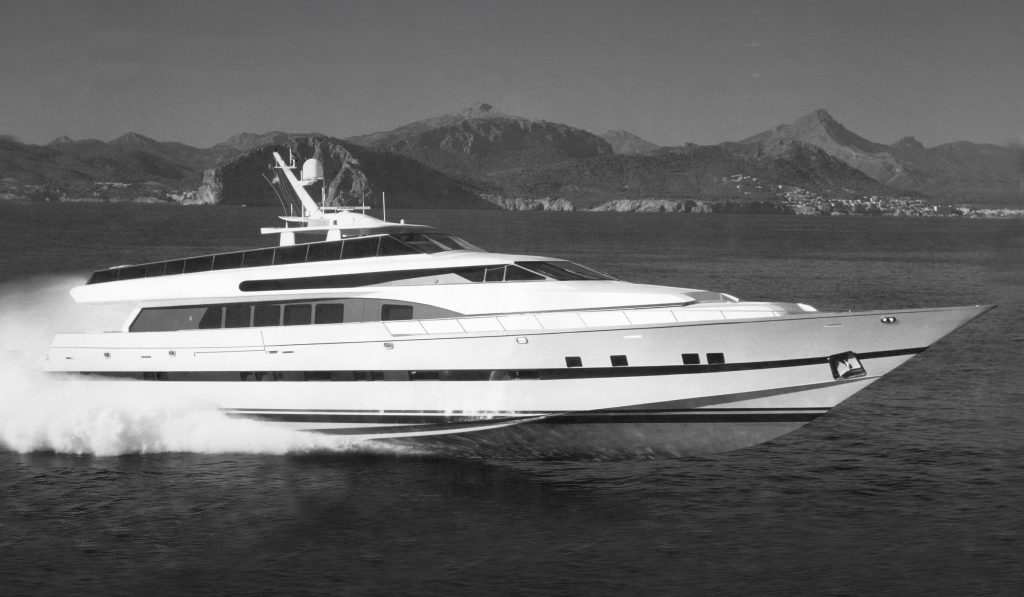 Spanish-built superyacht M/Y FONERS was launched in 2000 as the Royal Yacht of Spain. She was designed by DLBA with the goal of becoming the fastest superyacht in the world. The vessel was built by Izar Yachts and was originally named M/Y FORTUNA. She is propelled by three KaMeWa waterjets receiving a total of 16,800 kilowatts (22,600 HP) with two V12 MAN diesel engines and three Rolls-Royce gas turbines in a CODOG arrangement. DLBA conducted extensive research and development programs for the aerodynamic and hydrodynamic features of the vessel to facilitate successful operation as a luxury yacht with a speed capability approaching 70 knots. Subsequently, DLBA teamed with Humphree to develop innovative interceptor steering fins, with the goal of eliminating the parasitic losses of waterjet steering. Upon initial sea trials of Fortuna with the new technology installed, the yacht achieved 70.1 knots, and today remains the fastest luxury yacht in the world.