Resistance Tests of a Systematic Series of Planing Hull Forms

Between 1970 and 2000, dynamic instability issues became a major problem as engine power density increased significantly and consumer demand for comfort rose along with it. The net result was heavier boats going faster than ever before, which led to new types of dynamic instabilities.  DLBA’s founder, Donald L. Blount, was a leader in investigating and understanding dynamic roll instability. This paper presents the results of resistance tests of five planning boat models of different length-beam ratio. Each model was tested at a number of loads and LCG Locations. The results are presented as curves of angle of attack and resistance-weight ratio versus Froude number. 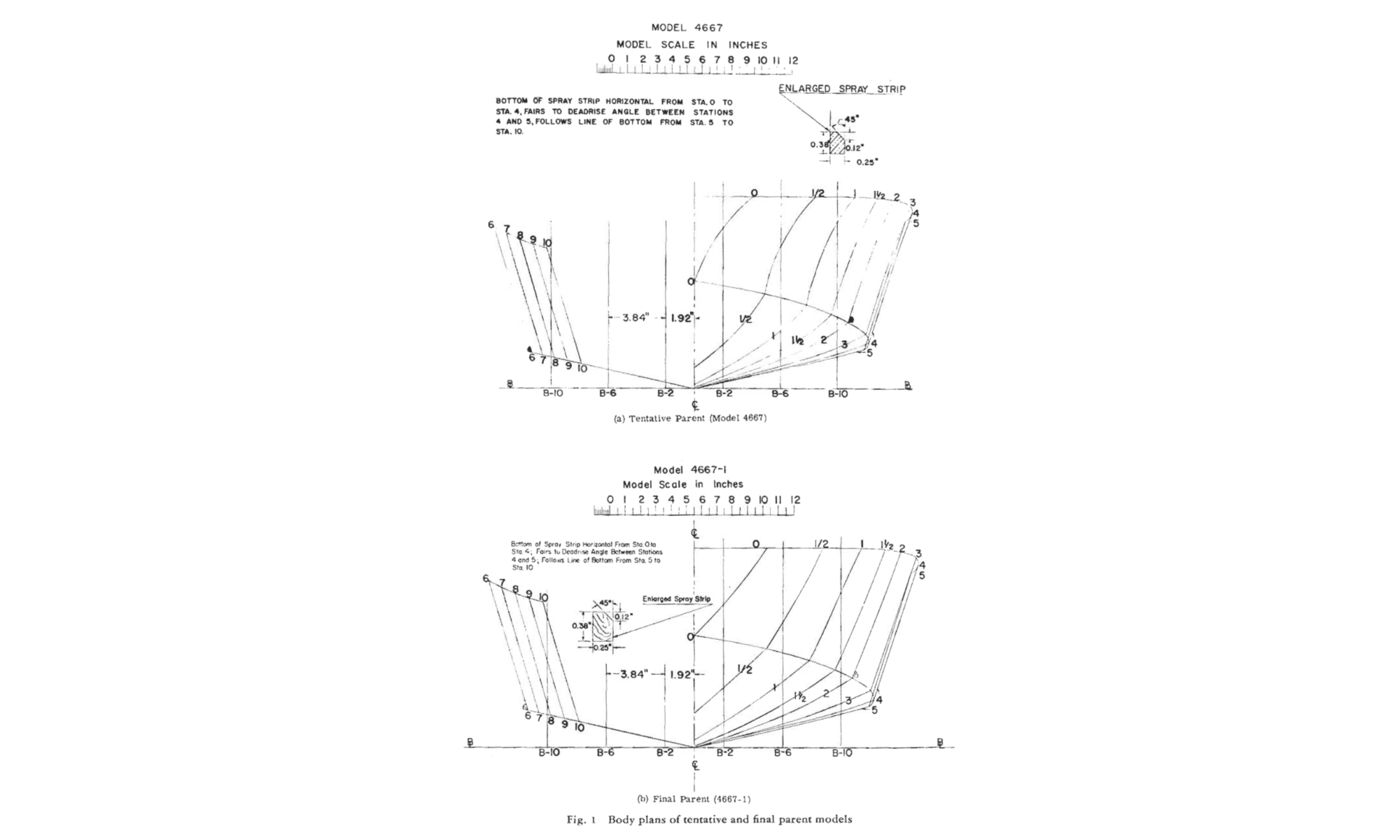 The resistance data have been corrected to boat weights of 10,000 and 100,000 lb. The measured values of wetted lengths, wetted surface, and rise of CG are also presented in tubular form. The conditions at which the models porpoised at high speed were determined and a graph defining the stable and unstable regions is included. A method was ascertained of collapsing the high-speed resistance data from the tests of the series into a single graph. A simplified prediction method was then developed which can be used to determine the high-speed resistance of planning hulls of a wide range of proportions, and of any gross weight from 1000 to 100,000 lb.

In case you would like to receive he full paper, or discuss about this subject, please contact Jeffrey Bowles.